Gravy pours on the pressure in classic Waterloo Cup

The 2020 Waterloo Cup was taken out by Making Gravy today in what could be described as the ultimate reward for consistency.

After two consecutive days of coursing up the Lang Lang straight, the Adele Powell-trained greyhound emerged as the only undefeated contender throughout the time-honoured Waterloo Cup series.

Pure Magic (red collar) and Making Gravy (white collar) battled it out in the final, with the latter the only one of the two with previous coursing experience under his belt, and he proved too strong.

“He coursed really well at Longwood a couple of months ago and got stronger and stronger with each run.”

“This has been a great training effort by Adele, to condition this dog so well, and Making Gravy is a really special dog to do what he has done this weekend.”

“To course undefeated five times over the two days, including three times today, is a huge effort.”

He has won five from 17 on the circle and has been a model of consistency on the coursing circuit, winning three of four coursing events he has competed in.

It was a great first attempt at coursing by Pure Magic (Black Magic Opal x Segovia), who has won five races from 12 starts on the circle, all in the best time of the day.

This was the 147th running of the Waterloo Cup, Victorian greyhound racing’s oldest and, arguably, most prestigious event.

Powell, who also owns the winner, collects a first prize of $12,970, while Making Gravy’s name will be inscribed on the Waterloo Cup trophy, which carries the names of every winner since 1873. 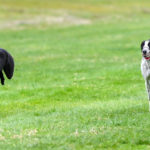 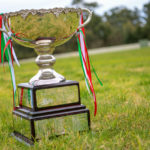