Ballarat Cup: Bubbs no baby from the cherry

Belt Up Bubbs heads into Saturday night’s Volkswagen Ballarat Cup as the current TAB $3.30 favourite to take out the $67,000 feature after drawing box one at his favourite track – according to co-trainer Jamie Ennis.

“Being a big 39 kilo dog, its hard in the city class races to manoeuvre early but going back to Ballarat which is a more spacious track, he was able to use that to his advantage,” Ennis said.

“He is a big dog and hasn’t been drawing well against the best opposition in town of late and it was good to come out of the red box in the heats and back to his favourite track.”

Belt Up Bubbs has had six starts for five wins and a second placing at Ballarat which Ennis attributes to Bubbs’ familiarity of the track.

“We have had a bit of luck through the Ballarat Cups – it has always been a track we trial a lot at and the dogs always race well there – hopefully this Saturday night is no exception,” Ennis said. 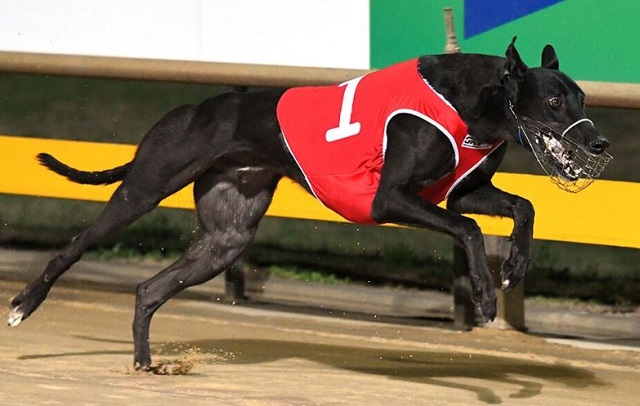 Impressive in his Ballarat Cup heat win, Belt Up Bubbs positioned himself on the rail from box one and was able to snatch the lead from Abuzz before careering away to win by two and a half lengths in a time of 25.113 seconds – the fourth fastest heat win.

“I do think he can improve a couple of lengths – he was a little bit underdone going into the heats last week – obviously it is a bit harder with more speed drawn to the middle of the track.”

“I would expect Speed Star to cross to the rail and probably lead early. If he can hold dogs like Dyna Hunter and Fully Loaded through the middle stages, Belt Up Bubbs can be sitting directly behind them he and will probably be hard to beat up the straight.” 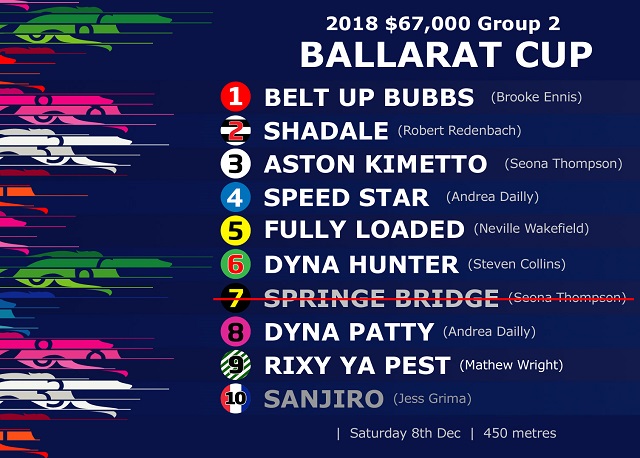 For the second week running, Belt Up Bubbs finds himself jumping from box one.

“I think it is the best draw in the race – especially with Shadale drawn on the outside of him who likes to use the track at box rise.” Daily Mail: ‘Fiery’ Free For All at Sandown Park