The future was now at The Meadows on Wednesday night when the best young male sprinters in Victoria were showcased in eight ‘sudden death’ heats of the Group 1 TAB Silver Chief Classic (525m).

Heat honours went to Andrea Dailly’s Zippy Tesla, which clocked his second Best Of Night performance at The Meadows in the space of five nights, when running 29.77sec in the third run-off.

The son of KC And All and Zippy Daph, bred and raced by Dailly Greyhound Farms, continuing their recent success with homebred stock, backed up a flying 29.60sec performance at last weekend’s bumper Phoenix meeting.

Drawn in Box 1, as was the case last Saturday, Zippy Tesla quickly found the front and dictated terms as he raced to his sixth win from 22 starts and third from his past four.

The Grenfells boasted TAB’s ‘All In’ $6 series favourite in Melbourne Cup placegetter Kinson Bale, which was all the rage in heat four, starting $1.90 from the rails alley.

However, Kinson Bale was upstaged by It’s Only Money ($8.40), owned, trained and bred by Michael Vaughan.

It’s Only Money, a son of My Redeemer, continued the excellent start to his career with an emphatic all-the-way 29.97sec display, downing Kinson Bale by 2.7 lengths to notch his sixth win from seven starts, demonstrating significant improvement from a 30.30sec Meadows debut one week earlier.

After the disappointment of Kinson Bale’s defeat, the Grenfell kennel hit back when Xavien Bale, which also started odds-on from Box 1, was a dominant 29.85sec winner of the sixth qualifier. 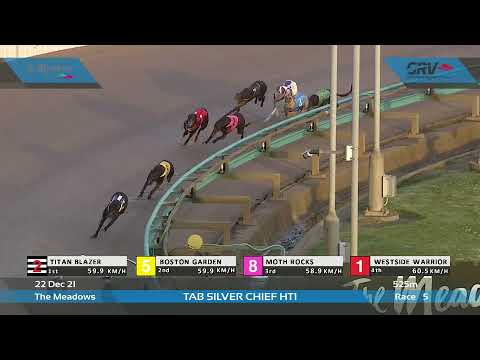 HEAT 1: An excellent burst of mid-race speed by TITAN BLAZER (2) saw him cruise to a comfortable win in 29.80sec, his fourth victory on end.

HEAT 2: COMPLIANCE (2) didn’t give his rivals a chance, springing straight to the lead and scoring in 29.89sec, his fifth win from just six career starts. 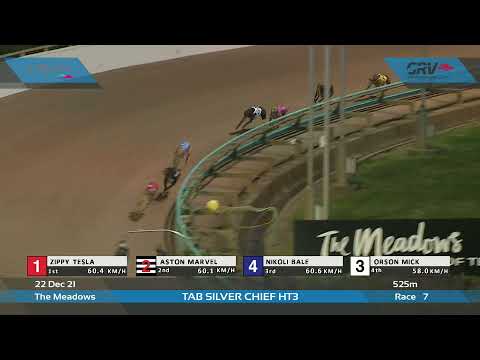 HEAT 3: ZIPPY TESLA (1) made it three wins from his past four starts, clocking a slippery 29.77sec. 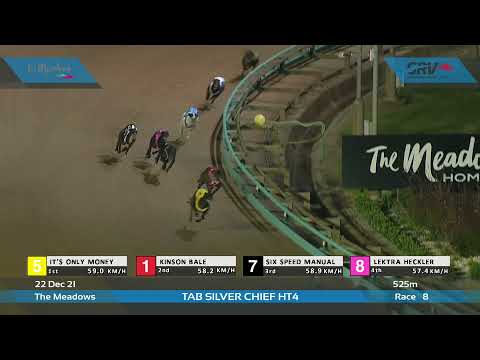 HEAT 4: Box 5 proved no concern for IT’S ONLY MONEY (5), with the 22-month youngster making it six wins from seven career starts in 29.97sec. 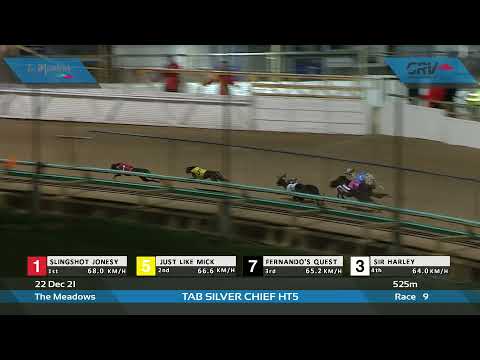 HEAT 5: SLINGSHOT JONESY (1) took full advantage of his inside draw, burning off JUST LIKE MICK (5) and scoring in 29.94sec, his third win in start number six. 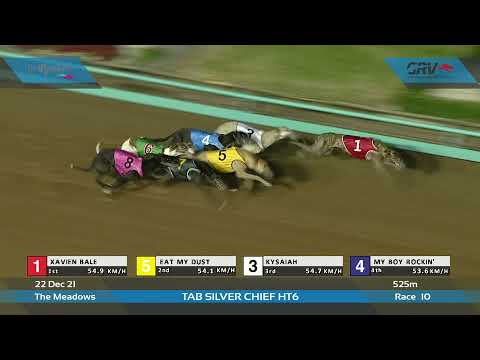 HEAT 6: There was no catching XAVIEN BALE (1), who speared straight to the lead and stamped his authority with a brilliant victory in 29.85sec. 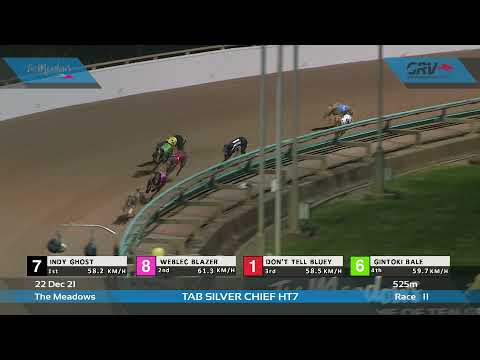 HEAT 7: After settling mid-field, WEBLEC BLAZER (8) made up enormous ground on the front-running INDY GHOST (7) to score in 30.12sec. 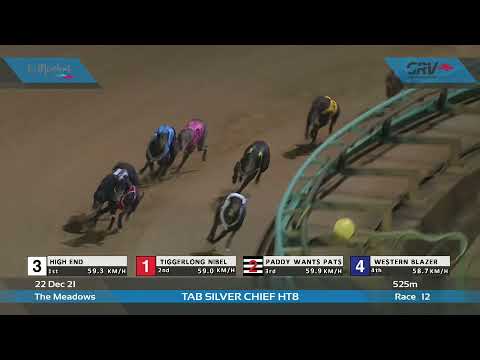 The Grenfells then finished the night on a high note when $18 roughie Tiggerlong Nibel finished best to take out the final heat in 30.10sec, the 22-month-old’s fourth win at start 11.

Titan Blazer, trained by Daniel Gibbons, was chasing a fourth straight win in the opening heat and the $1.90 favourite did just that, clocking 29.80sec from Box 2 to claim his tenth win from 21 starts.

Box 2 also produced the winner of the second heat, with Karen Pitt’s Compliance ($5.70) leading all-the-way in 29.89sec, his fifth win from six starts.

Young trainer Emily Azzopardi, a former jockey, was celebrating securing her first G1 finalist when Slingshot Jonesy ($4) was another to take advantage of Box 1, winning the fifth heat in 29.94sec.

The Silver Chief final will be held on Saturday week, January 1, 2022. Zippy Tesla clocks a Best of Night 29.77sec in the third heat. Tiggerlong Nibel took out the last race on the card in 30.10sec. Compliance scored in 29.89sec, continuing the excellent start to his career.