Shima Shina had claimed the record in last year’s Cup heats, when clocking 23.353sec, but Typhoon Sammy eclipsed that benchmark in sensational style, continuing his unbeaten record since arriving in Victoria.

A son of Aston Dee Bee, the 2017 Melbourne Cup winner and a Bendigo Cup placegetter, Typhoon Sammy started his career with John and Glenda Dart in Northern NSW and had won four straight for Thompson heading into his first taste of Group action.

Drawn in Box 1, from where he’d won four from four, Typhoon Sammy was sensationally backed into $1.80 in the sixth of eight heats, with dual G1 winner Tiggerlong Tonk at $3.50 the only other runner at single figures.

Typhoon Sammy came out running from the rails alley and was in a race against the clock as he defeated Tiggerlong Tonk by 3.5L in a scintillating 23.281sec, shaving one length off the record.

It was his 16th win from 23 starts and justified comparisons with Thompson’s former superstar Black Magic Opal, the 2013 Melbourne Cup winner and Geelong 460m record holder.

“I haven’t had a dog that I could compare to Black Magic Opal but I think this dog in the sections and times he runs has backed up what I said,” Thompson told Jason Adams post-race.

“He’s just a very good dog. He needs 10 or 20 metres of clear running and then he explodes.

“Look, I think if Shima Shine had gone around tonight he might’ve gone quicker than him.

“The track is in perfect condition and once the wind dropped it was perfect conditions as well. He had a few things in his favour with a good draw and a dog on his outside (Handsome Rhino) that was going to give him room.”

In a promoter’s dream, triple country cups winner Ferdinand Boy will clash with the newly-crowned record holder in next Saturday night’s final. 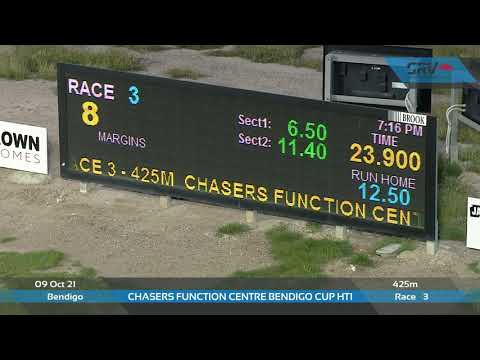 Bendigo Cup Heat 1
SHIMA CLASSIC (B8) found another gear mid-race before powering to victory in 23.90sec. 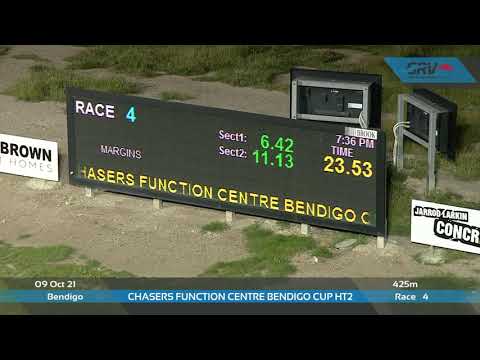 Bendigo Cup Heat 2
Prolific winner, the unheralded LOTS OF CHATTER (B4) shrugs off HADOUKEN (B3) to win in 23.54sec. 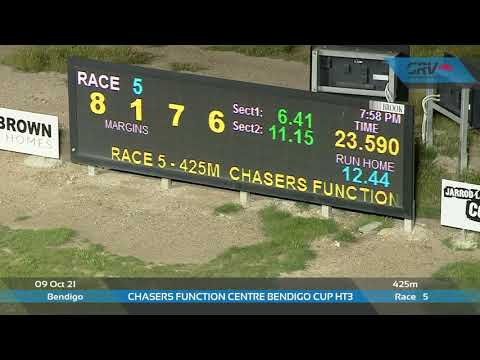 Bendigo Cup Heat 3
PAUA OF BUDDY (B8) comes from last, finds trouble, and still wins running away in a blistering 23.59sec. 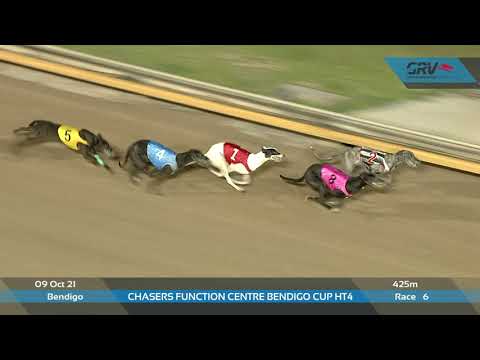 Bendigo Cup Heat 4
ASTON SHINE (B2) gets shuffled back before producing a spectacular come-from-the-clouds win in 23.75sec, as big guns REBELLIOUS (B4) and QWARA BALE (B6) bow out of the series. 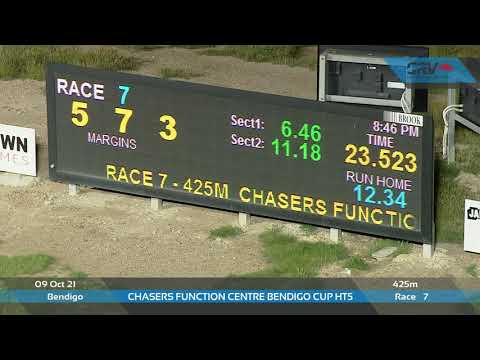 Bendigo Cup Heat 5
He was crowded early but there was no stopping the country cups king FERDINAND BOY (B5), who scored in a flying 23.52sec. 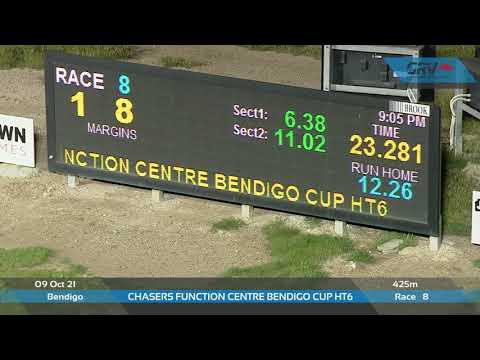 Bendigo Cup Heat 6
TYPHOON SAMMY (B1) lived up to his name, smashing Shima Shine’s track record by just over a length in 23.28sec. Not even the great TIGGERLONG TONK (B8) could get near him. 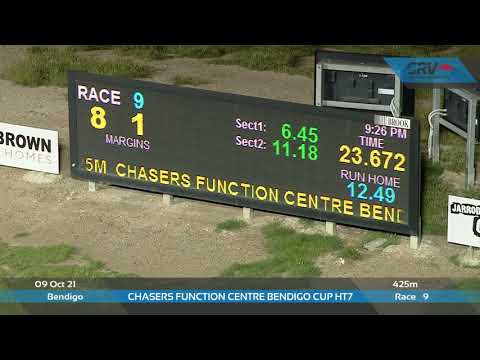 Bendigo Cup Heat 7
PERFECT COLOUR (B8) had to make up plenty of ground, but in the end he proved too strong for front-running outsider BODY HACK (B1), scoring in 23.67sec. 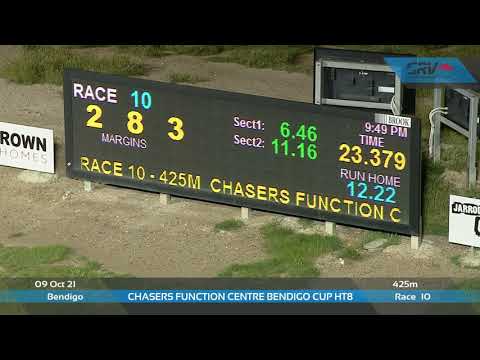 Bendigo Cup Heat 8
DR. TUCKER (B2) made the eighth and final heat his own, announcing himself with a sizzling 5 length win in 23.38sec, the second fastest time of the night.

With the Shepparton, Ballarat and Healesville Cups already on the mantelpiece, Ferdinand Boy, trained by David Geall, earned a crack at number four with a gutsy 23.52sec heat victory, his 30th win from 52 starts.

“He’s won three and he’s a good chance to make it four. I wonder if there’s a $100,000 bonus for winning four!” Geall quipped, referring to the $50,000 bonus Ferdinand Boy received for winning three cups.

“We’re used to seeing him out on his own but he was really put under the hammer tonight and twice he had to respond when the pressure was on him.”

The second fastest qualifying effort came from Dr. Tucker in the final heat, with Bill McMahon’s homebred speedster clocking 23.38sec, just outside Shima Shine’s previous track record, at just his third start back from a break and first appearance at Bendigo.

Adding further intrigue to the final will be the lightly-raced Paua Of Buddy, trained by Steve White,
which backed up a record-breaking last start win at Warragul over 400m with an emphatic 23.59sec heat victory, his seventh win from 10 starts.

Catani trainer Graeme Jose enjoyed a night to remember, claiming a heat double courtesy of grand veteran Lots Of Chatter (23.54sec) and Aston Shine (23.75sec), with an expedition to Healesville last weekend, where both were successful, paying dividends. Dr. Tucker snares the final heat in a scorching 23.38sec. Typhoon Sammy on the way to the starting boxes with trainer Jason Thompson. Typhoon Sammy and trainer Jason Thompson in front of the semaphore board after his track record run.
Photos by Clint Anderson