He also won last year’s Shepparton, Ballarat and Healesville cups, where he won a $50,000 GRV bonus for winning three country cups in a calendar year.

Amazingly, it was Ferdinand Boy’s eighth appearance in a G2 country cup final.

He defeated the Brooke Ennis-trained Old News ($9.40) by 3.2L, with the heavily backed Mepunga Mustang ($2.90F), prepared by Jeff Britton, a further 1.6L away third. It was a ‘Geelong region’ trifecta.

Ferdinand Boy notched his 43rd win from 79 starts and seventh win from 11 starts over Warrnambool’s 450m sprint trip. The winner’s purse catapulted his stakes to $404,480.

A winner of nine of his past 13 starts, Ferdinand Boy (Jan ’19 Fernando Bale x Nayla Swift) ran his rivals ragged and never looked like being beaten. In fact, he broke their hearts. 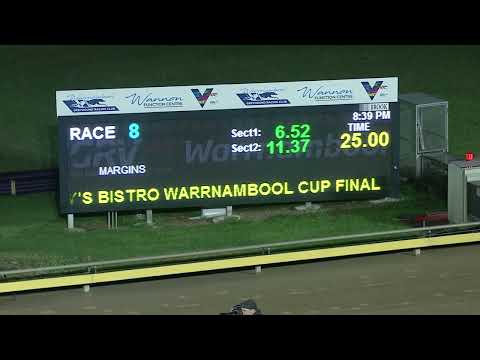 WATCH: Ultimate professional Ferdinand Boy landed the fourth country cup of his stellar career when taking out the 2022 Group 2 Warrnambool Cup in 25.02sec. 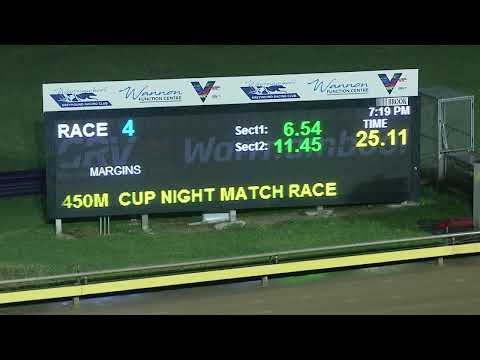 WATCH: Substantial (3) never gave in when scoring a sensational bob-of-the-head victory over the front-running Hennessey (1) in another classic Cup Night Match Race. 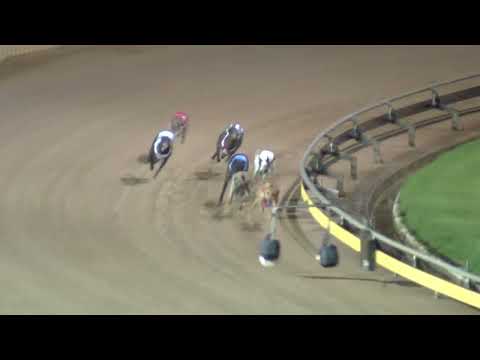 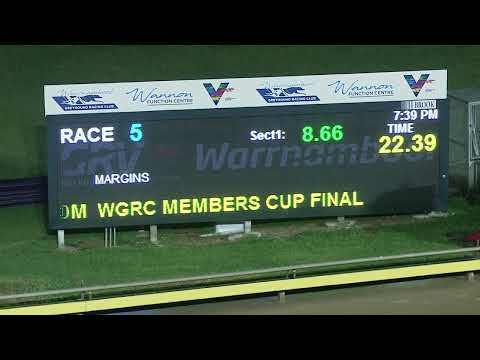 WATCH: There’s My Spot (6) cashed in on his persistence with a terrific win in the WGRC Members Cup Final. 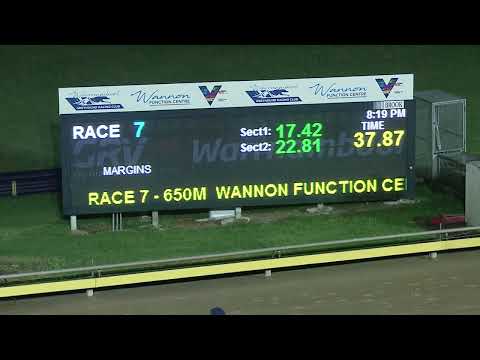 WATCH: Aston Pablo (3) scored a remarkable win in the Wannon Function Centre Go Distance Racing feature after coming from the tail of the field.

“I’ve got to find another space for it (the trophy),” quipped Geall’s wife, Rose, who bred and owns Ferdinand Boy.

“It was a gutsy win. He didn’t get ‘touched’ tonight and that helped.”

When quizzed on Ferdinand Boy’s future and a potential career as a sire, Rose replied: “We haven’t looked at anything further ahead.

“He’s broken track records and chases his heart out; I think he’ll get his fair share at stud.

Pawnote: The G2 Warrnambool Cup was the fourth and final leg of GRV’s ‘Western Festival of Racing’, which also included the G2 Horsham Cup (won by Typhoon Sammy), G2 Ballarat Cup (Compliance) and G2 Geelong Gold Cup (Yozo Bale), during which more than $700,000 in prizemoney was distributed. Ferdinand Boy careers to victory in the Warrnambool Cup. Ferdinand Boy with David Geall and the Warrnambool Cup trophy Ferdinand Boy charges to the finish line in the Warrnambool Cup. Ferdinand Boy on the winners Dais. 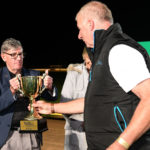 The Warrnambool Cup is presented to David Geall. Substantial (3) pips Hennessey (1) on the finish line in the Cup Night Match Race, scoring by a nose. 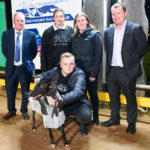 There's My Spot after winning the WGRC Members Cup Final. The crowd lines the fence on a cold Warrnambool night. The atmosphere was abuzz on Warrnambool's famous grass hill.
Photos by Clint Anderson