Houdini Boy, one of the most exciting stayers – make that greyhounds full-stop – Australia has seen in recent years, has been named Victorian Stayer of the Year at Sunday night’s Victorian Greyhound Awards.

Bred and trained by Kel Greenough, Houdini Boy lived up to his ‘magical’ moniker, producing his own array of ‘escape acts’, regularly coming from seemingly impossible positions courtesy of barnstorming finishing bursts that became his trademark.

Before the staying sensation’s breathtaking career ended prematurely, when injured as odds-on favourite in the G1 Super Stayers Final at The Meadows in February, the son of Zambora Brockie and Pechey captivated audiences with his electrifying ‘get back, run home’ pattern.

“This is a pretty big shock, actually,” owner Mark Ruff said to GRV’s Molly Haines when informed of Houdini Boy’s Stayer of the Year accolade.

“He was one of our first dogs and during COVID he was the highlight for us. I guess he was our COVID relief!

“It was a heart-breaking thing when he broke down, but luckily he’s got a good life ahead of him.

“He’s at Newhaven Stud, with Nick (De la Roche) and I believe he’s got a bit of a limp, but he’s enjoying life and he’s enjoying his new occupation!”

Being named Stayer of the Year, ahead of the likes of Mark Delbridge’s star duo Zipping Rambo and Christo Bale, continued a fairy tale introduction to greyhound racing for his novice owner Ruff, who’s enjoyed the ultimate in the thoroughbred code, part-owning Melbourne Cup winners Rekindling (2017) and Twilight Payment (2020).

As fate would have it, the first greyhound Ruff owned was Pechey, which would go on to become Houdini Boy’s mother.

“We were at a kids’ basketball tournament,” Ruff recalled.

“Just a few dads and we were a bit bored, so we spent the afternoon on the punt. I’ve always had racehorses and the boys wanted to get a racehorse but I said, ‘You know what, why don’t we get a dog’.

“Everyone agreed but no one thought I would do it! 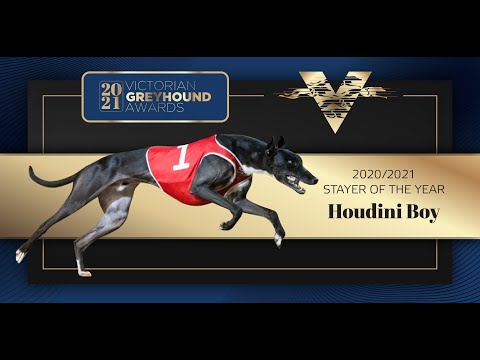 2021 Victorian Stayer of the Year: Houdini Boy
Owner Mark Ruff caught up with GRV’s Molly Haines after his greyhound Houdini Boy was recognised at the ‘virtual’ 2021 Victorian Greyhound Awards. 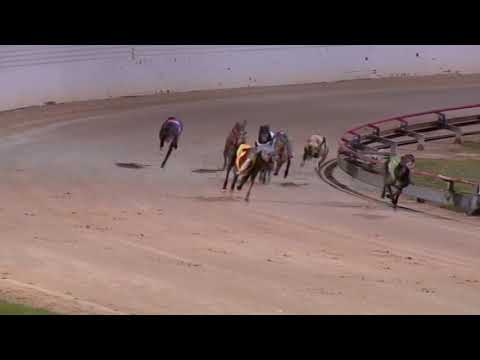 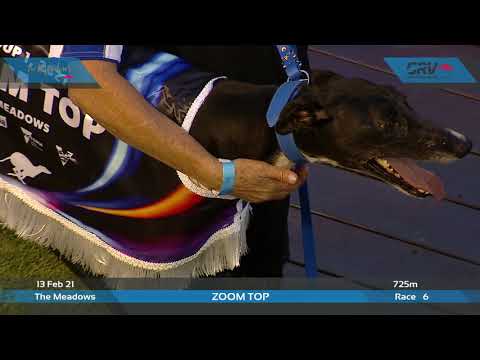 “He’d fall out of the box or he’d bump into five dogs on the way around, but he still seemed to get there. He just gave us great excitement.”

“But a few phone calls later we ended up with Houdini Boy’s mother, who we bought off Kel and Jacqui (Greenough). His mother, Pechey, was quite successful, enough for Kel to suggest that we should at least give her a chance at breeding.”

While Houdini Boy demonstrated his obvious talent in sprint events, qualifying for the G1 Vic Peters Classic in Sydney, his racing traits ensured middle and staying distances were always going to be his forte.

He claimed his first feature trophy in the G3 Speed Star over 600m at The Meadows, the match race format made to order, and after stepping up to ‘700’ he was placed in both the G1 Bold Trease and G3 Top Cat Video Cup.

Houdini Boy celebrated the first of his G1 triumphs in the Sale Cup in a memorable last-to-first performance and he then won the Zoom Top at The Meadows, edging out NSW star Stanley Road in another thriller.

“With Houdini Boy, every race seemed to be a lot of excitement for us,” Ruff offered.

“He’d fall out of the box or he’d bump into five dogs on the way around, but he still seemed to get there. He just gave us great excitement.

“Winning the Sale Cup, for me, was a really big thing, because I actually grew up in Sale, I was born in Sale and most of my family are still down there, so that had a little bit of meaning to it.

“There’s the Zoom Top too and even his first wins we got super excited about.”

While injury unfortunately cut short his career, Houdini Boy was a wonderful advertisement for greyhound racing and there may still be another chapter yet to be written.

“Future Sire of the Year too!” Ruff quipped. Houdini Boy (5) showed an amazing will to win the Group 1 Sale Cup.

The Victorian Stayer of the Year recognises the best greyhound based on performances in races conducted over 570 metres or more during the racing year (July 1 – June 30).