Trained by Jacqui Greenough and husband Kel, Aston Geneve, a daughter of KC And All and 2015 G1 Hume Cup winner Secret Spell, had won all five of her starts prior to stepping up to Group company for the first time in the heats of the $50,000 to-the-winner Cup.

Making the lightly-raced blueblood’s ‘baptism of fire’ even more daunting, she was drawn against series heavyweight Ferdinand Boy, which was taking aim at a third country cup crown to add to his G2 Ballarat and Shepparton Cup titles.

After an impressive 19.09sec Healesville debut one week earlier, Aston Geneve was the $4.70 second elect from Box 2 in the fifth of six star-packed heats, with Ferdinand Boy the $1.60 favourite from Box 5.

Ferdinand Boy and Aston Geneve both began well but while Ferdinand Boy looked to have the upper hand; Aston Geneve hit her more-experienced rival for ‘six’ with a desperate late dive, scoring by a head in 19.17sec.

If she can make it ‘seven from seven’ in next Sunday’s final, she’ll hand the Greenough kennel a third Cup victory, having gone back-to-back with Frosty Jay Jay and Allkel To Excel in 2014 and 2015 respectively.

While Lara trainer David Geall had to settle for second place with Ferdinand Boy, he produced the fastest qualifier in the following and final heat when the regally bred Hill Top Jonah enhanced his unblemished Healesville record.

Hill Top Jonah, a son of Fernando Boy and Geall’s former superstar Up Hill Jill and a litter brother to the brilliant Koblenz, came into the heats having won his past five starts, all at Healesville, three over the 350m Cup course and two 300m successes.

In one of the toughest heats, Hill Top Jonah started $2.10 favourite from Box 2, ahead of Utah Ghost ($3.40), winner of the Victorian Straight Track Championship at Healesville last month, and defending Cup champion Zambora Lou ($5.40).

Hill Top Jonah continued on his winning way with an ultra-impressive 19.13sec Best Of Day performance, defeating Aston Merit ($11.10), a litter brother to the undefeated Aston Geneve, by 2.16L.

Aston Merit, trained by Jessica Sharp and husband Jason, who trained 2018 Healesville Cup winner Kouta Mayhem, was having just his third start, having taken out the Highway 31 Maiden Challenge final (300m) at Healesville the previous Sunday.

Ferdinand Boy (19.18sec) and Aston Merit (19.28sec) will join the six heat winners in the final as the fastest two seconds. 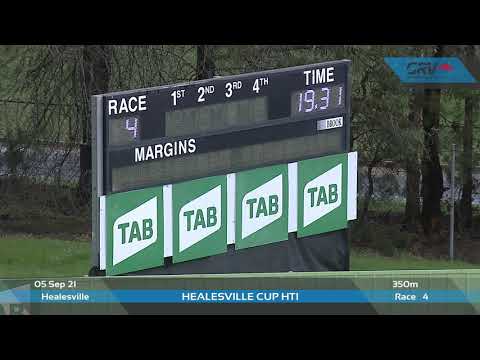 HEAT 1: After a tardy start TIGGERLONG TONK (B7) found another gear when it counted to score in 19.27sec over DREAM WIZARD (B1) and DYNAMIC PRINCE (B3). 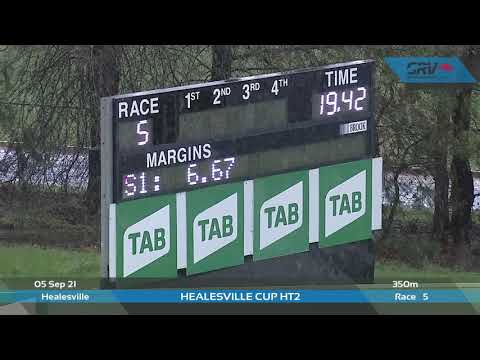 HEAT 2: HADOUKEN (B6) went hard for the fence early and made a race of it, but MR. AMERICA (B2) took advantage of a rails run to score in 19.38sec over the former, with DUNCAN (B8) third. 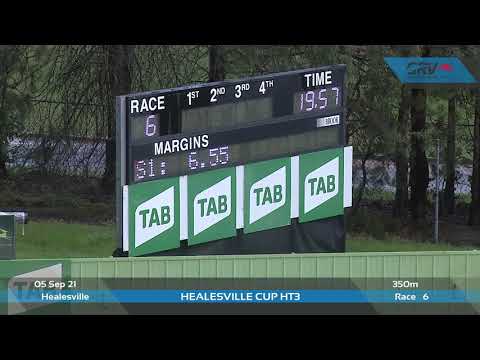 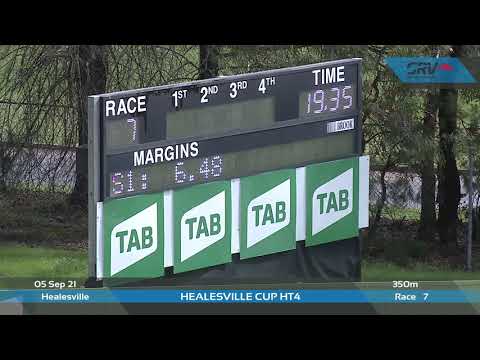 HEAT 4: ASTON TITAN (B4) went from a mid-field position to a comfortable victor, finding the rail to win in 19.32sec over GREEN BLAZER (B3) and GOT THE TORQUE (B2). 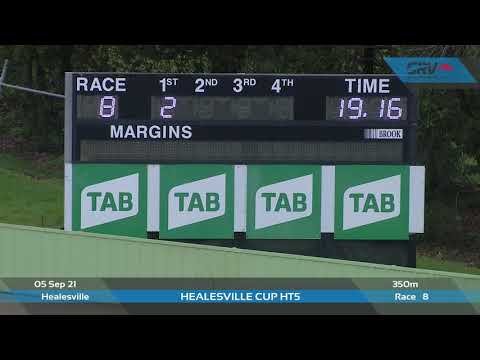 HEAT 5: FERDINAND BOY (B5) looked to have the race parcelled up before the unbeaten ASTON GENEVE (B2) flashed home to stun the favourite in a thriller clocking 19.17sec, making it 6 from 6. 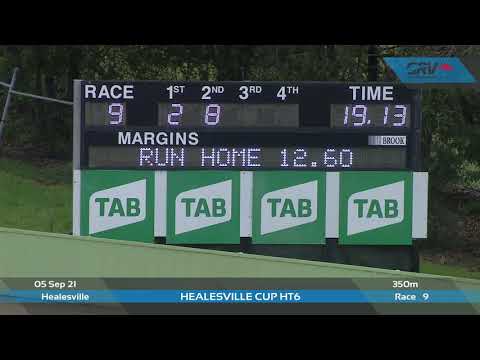 HEAT 6: HILL TOP JONAH (B2) was simply superb in the sixth and final heat, taking a rails position and scoring in 19.13sec, the fastest qualifier of the day, with ASTON MERIT (B8) second and UTAH GHOST (B4) third.

Grand sprinter Tiggerlong Tonk set the pace in last year’s Cup heats and he vindicated trainer Correy Grenfell’s pre-race assessment that he was going every bit as well ahead of his second tilt at the race with a commanding victory in heat one.

Returning to Healesville for the first time since running sixth to Zambora Lou in the 2020 Cup final, Tiggerlong Tonk started $1.40 favourite and while he didn’t begin well, class prevailed as he forged clear to defeat Dream Wizard ($6.50) by 1.84L in 19.27sec.

It was Tiggerlong Tonk’s 42nd win from 88 starts and next Sunday’s Cup final will be his 22nd appearance at Group or Listed level.

Jason Thompson will take aim at back-to-back Cups after comeback talent Mr. America was victorious in heat two at his second start since March 11, having been sidelined for six months with an Achilles tendon injury.

After ‘blowing out the cobwebs’ when beaten by Ferdinand Boy in his ‘head-to-head’ clash, Mr. America met with solid support at $4.60 and outpointed $2.70 favourite Hadouken by 2Lin 19.38sec in driving rain, boosting his impressive record to nine from 17.

Thompson was fancied to claim a heat-to-heat double in the third run-off, with Pirate Pete the $2.10 favourite but it was Barooga Smoke ($6.60), trained by Brooke Ennis, that booked a berth in his third country cup final.

Barooga Smoke, which dead-heated for second in the G2 Horsham Cup and also qualified for the G2 Shepparton Cup final, staved off outsider Rear View Mirror ($49.50) in 19.53sec at his first start for Ennis, who with husband Jamie won the Healesville Cup in 2014 with Size Can Matter and 2017 with Zinzan Brooke.

After winning the Cup with Myrniong And All in 2019, Anthony Azzopardi earned a crack at his second victory in three years when Aston Titan ($7.20) continued his impressive recent form in heat four.

Aston Titan clocked 19.32sec at his Healesville debut, his fourth win from his last five starts and 16th from 40 overall, and the well-bred son of Fernando Bale and Fantastic Dotty will be one of leviathan owner/breeder Ray Borda’s three Cup finalists. Aston Titan after making it four wins from his last five starts. Tiggerlong Tonk with trainer Correy Grenfell after taking out Heat 1.