The gift that kept on giving – Raw Ability, has called it a day.

After 46 career starts and a 48% winning strike rate, Raw Ability has been retired and will stand at Stud.

Trainer and co-owner Anthony Azzopardi decided the time was right after a couple of falls that knocked the confidence of both Anthony and Raw Ability.

“Without a doubt, he is the fastest greyhound I have ever put a collar and lead on in my career,” trainer Anthony Azzopardi said.

“The times he could run against Group 1 dogs was just amazing.” 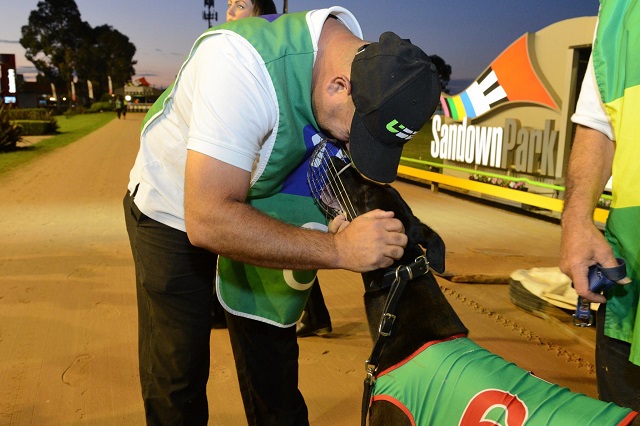 “His sectionals are off the chart and to add to his early speed he was a great chaser,” Azzopardi said.

“Raw Ability is a terrific dog all-round – he could perform on the track and he is a gentleman in the kennels. He is so quite and has the best nature which is so important when you are breeding now days.”

Lordy, as he is called around the kennels was a winner of 22 races from 46 starts. His first Group 1 breakthrough came in the 2017 Group 1 Adelaide Cup (515m) over fellow sire and Melbourne Cup winner Aston Dee Bee.

His second Group 1 victory came at Wentworth Park, in the 2018 Paws Of Thunder.

Raw Ability was invited to participate in the 2018 Group 1 Temlee and the 2017 Group 1 Topgun at The Meadows.

When asked what his favourite performance from his star chaser was, Azzopardi responded without hesitation – his 2017 Melbourne Cup heat win from box six and it is easy to see why.

Azzopardi will hold Raw Ability at Stud for an introductory fee of $1,100.

For more information on Raw Ability you can take a look at his website – http://rawability.com.au/