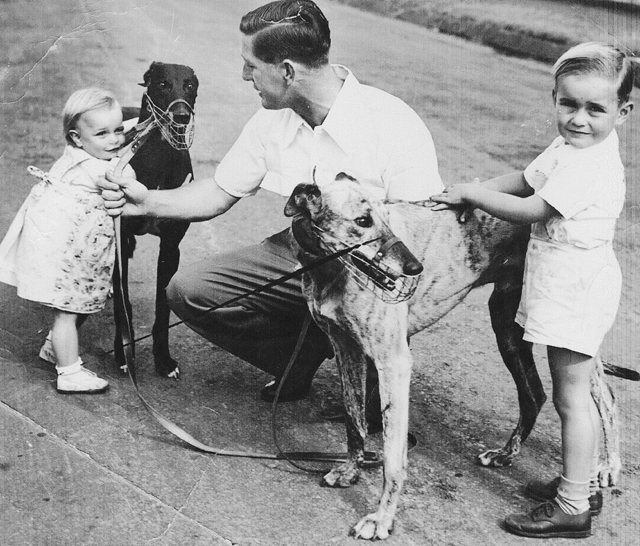 Betting turnover is what keeps greyhound racing afloat and in this day and age some $600Million is wagered on Victorian greyhound racing each year. A step back in time shows that Bill Pearson, now in his late eighties, greatly influenced the way in which punters went about finding winners through his revolutionary form guide service known as the ‘Gold Guide’, which he established in 1958.

Pearson instigated the recording of ‘sectional’ timing through the use of a stop watch, and he also recorded the order of position in which greyhounds would run throughout a race [position in running]. The collection of this data proved to be instrumental in the ongoing success of the Gold Guide and still features in various form guides today. “Without Bill Pearson’s foresight, there may never have been a form guide as good as the gold guide. It has helped introduce people into greyhound betting”, said Les Merry, a long time greyhound trainer who himself is in his eighties.

Pearson was a talented footballer, having played a starring role in Essendon’s 1946 premiership team before his career was cut short because of injury. “He was a top class footballer. I remember he was accidentally kicked in the knee by a little Collingwood player named Ray Horwood, who was a friend of mine. Ray was trying to kick the ball but connected with Bill and hurt him so badly that Bill never played football again after that”, Merry recalls.

With his football career over, Pearson’s involvement in greyhound racing grew. He dabbled in owning and training a few greyhounds and bred a few litters along the way. He was involved in bookmaking and worked as a runner for many big Melbourne bookmakers in his younger days.Pearson was also involved in the administration of greyhound racing, being a foundation member of the Melbourne Greyhound Racing Association [MGRA] and Vice President of the Greyhound Owners Trainers & Breeders Association [GOTBA].

One of his greatest achievements has been his contribution to the print media. Pearson was the protagonist for greyhound racing fields being published in the daily newspapers – initially The Age followed by the Herald Sun – and in 1996 he established his own newspaper, Greyhound Tabform. Now known as National Greyhound Form, this is Victoria’s only dedicated greyhound newspaper and is run by Pearson’s sons Peter, Mark and John.

On the football field Pearson was known for his grace and elegance, but since those heady days his innovation and hard work helped him to set up a family dynasty in the sport of greyhound racing.