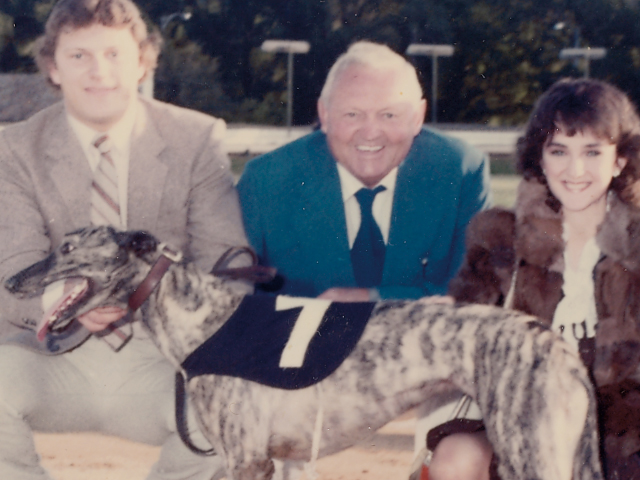 Iconic greyhound breeder Rod Deakin was born in Finley, New South Wales, on July 18, 1924. During his teenage years, Deakin worked at the local SPC canned fruit processing plant and as a thoroughbred strapper before venturing into greyhound racing. Deakin was also a top country footballer. He played for Mooroopna in the Goulburn Valley Football League and also received an invitation to try out for then VFL club Geelong before chronic knee problems ended a promising career.

In the late 1940s, Deakin and his parents shifted to Noble Park, and a few years later he established a five-acre property in Keysborough.

At the peak of his greyhound breeding powers he had more than 100 greyhounds on the complex. Deakin considered greyhound breeding an art and a science. His breeding philosophy was to select his best race-performed brood matron and breed with her before she turned two years of age. He would then repeat the process a few more times from that dam line, with a futuristic theory of producing pups around eight years ahead of their time.

“It is no good breeding from an ordinary performed sire and dam and hoping for the progeny to be six to eight lengths better than the parents as this just doesn’t happen,” Deakin once said.

A major player during the sport’s golden era, Deakin also had an eye for business and let it be known to all and sundry that “every dog on his property was for sale”. “He sold a lot of good dogs. I think he sold Plunder Road and Corcoran to US interests for $10,000 and $20,000 respectively,” said his son, Ross of Narre Warren.

“But I wouldn’t let him sell Tegimi; he was one of my favourites.” Ross added that his father was “bored” after selling his Keysborough property in the early 1980s and “put his hand up” for an administration/grader position in Macau. “They were just starting up, and his knowledge and experience was invaluable. He stayed there for around five years,” he said.

Deakin bred a veritable production line of champions including the winners of four National Distance Championships, two Sandown Cups, five age classics, five coursing classics, and a Hobart Thousand. He also divided the 1972 Victorian Derby with One By One, Slim Design and Tinkering.
“Greyhound racing was his whole life, and he did a lot for the sport. He conducted seminars around Australia with friend and legendary trainer Ned Bryant, and many people asked him for advice,” Ross said.

Deakin also was instrumental in the import of Irish sire Lively Band to Australia. He also stood top sires Fawn Scout and Second Stage. Ross said his father would have been “over the moon” with his induction into the Victorian greyhound racing Hall of Fame. Rod Deakin passed away on October 5, 1999, aged 75.